By Michelle Podlesni on May 26, 2014 in News, Nurse Entrepreneurs

And I’m proud to be an American, where at least I know I’m free. And I won’t forget the men who died, who gave that right to me. – Lee Greenwood 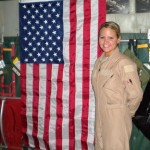 Meet Libby Colvard, a TSgt in the United States Air Force Reserve and as of two weeks ago, a Graduate Nurse. I couldn’t be more proud of her if I was her own mother and here is why. I met Libby in 2003 when she was 18 years old and applying to be a caregiver for our senior care company. I remember thinking “wow, what a happy young woman”. She had a very responsible way about her which was so unexpected in someone so young. She wanted to help people and she told me during her interview that she wanted to become a nurse. I told her that nursing was the greatest profession and it would provide her unlimited opportunities. 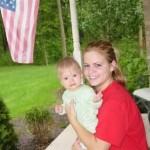 Libby was an impressive caregiver and clients just loved her. She also played a key role in our one and a half-year-old daughter’s life, watching her a couple days a week as we grew our company. A few years went by and Libby started to take some college courses to make progress on that dream but something else was calling Libby. Tired of seeing on TV about the war and feeling helpless to do anything about it; Libby enlisted in the Air Force Reserve.  She became a member of the 911th Aeromedical Evacuation Squadron out of Pittsburgh, PA.  Flying hospitals that land in dangerous areas from Afghanistan and Iraq.  They pick up the wounded and sick, stabilize them during transit and get service members and civilians to higher level medical care.

Through the years we have stayed in touch as she received promotions, found true love and was married. She and her husband ended up in Texas which was wonderful because her mom, dad and brother were all now calling Texas home. 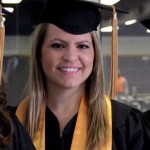 Last week there was a lot of celebrating going on as Libby graduated from her nursing program with honors. And to Libby’s credit, she was one of a few nurses selected (out of over 300 applicants) to start her registered nursing career in the Adult ICU at Baylor Scott and White. 2003 to 2014, 11 years, many miles and missions later a young girl sees her dream of becoming a nurse come true.

The same day out here in California, I am walking into a Starbucks and I see a young woman sitting with a huge book on her table that reads Maternal Child Nursing. I ask if she is studying to become a nurse. She nods yes and I tell her “nursing is such a great profession, you will have unlimited opportunities in your future.” She agrees and said that her final exam was Thursday and she was graduating the following week. The next thing she said was “You know you have to become a nurse for the right reasons. I love to see a patient smile and know that I have helped them get better.” I was smiling as I walked away knowing two young women that became nurses for the right reasons. 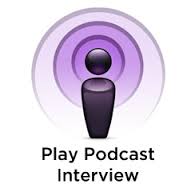 A Message from
NNBA's President

and Author of
"Unconventional Nurse"

10 Steps That Will Advance or Re-invent Your Career

There are no upcoming events at this time.